How 3D Animation Are Made 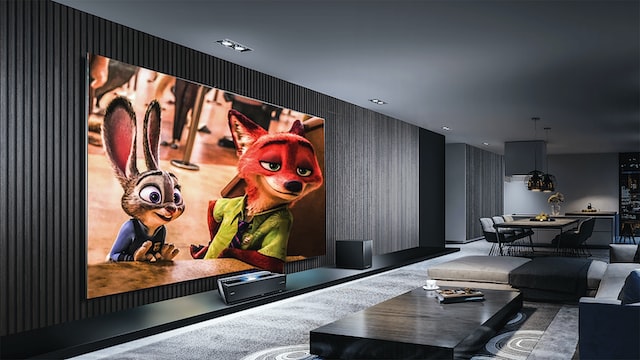 Basically, computer animation is a process by which digitally generated animations are made. The process includes modeling, lighting, rendering and compositing. It also involves pre-production and post-production processes.

In pre-production, a storyboard is developed, which will help the team to visualize the 3D animated movie. It also helps the art director to determine the style of the animation. This will define the colors, typography and composition of the animation.

Creating 3D content is the most fun part of the job. For instance, you can animate a 3D model of a car to drive around a virtual city or have it animate an avatar on a virtual battlefield.

It is not uncommon for 3D modelers to have a background in graphic design or animation, but the best way to start is to study the works of other artists and learn what they do. You can also go to a digital arts college, where you will be exposed to the best of the best in digital art. These campuses are also a great place to make friends and connect with other like-minded artists.

Sculpting, rigging and animation are all part of the process of creating a 3D model. Rigging, in particular, allows the character to be articulated in a structured way, which helps make the process more realistic. Rigging can be applied to anything from a hard-bodied object to a character. It is a common method in movie production and game development. It is also used in academic study. There are many different programs that support motion capture techniques.

Rigging can take from a few hours to a few days. It is a complex step in the process of animation. This is because it involves creating a series of interconnected digital bones. The bones are then bound to a 3D mesh, which is called skin. It is important to have an accurate weight distribution, which helps to create realism.

Using proper lighting to enhance a 3D animated scene can make a huge difference. It can change the look of a shot and convey emotion. It can also relay information about the weather and time of day. Lighting is a vital aspect of 3D animation, and there are a variety of techniques to use. Generally, lighting in 3D animation is accomplished by using tools in different software packs. There are many software applications available for use in 3D animation, and each is optimized for a specific purpose. Many are geared towards game development, but there are also some aimed at art studios.

The most important feature is the quality of the light. This is determined by the amount of computation and attention paid to the light and shadow.

Regardless of your field, compositing is an important aspect of 3D animation. It allows you to merge images into a single image or video. It's the first step in post-production. It can save you time and money in 3D animation production. To do this, a compositor works with a diverse mix of images from 3D software. They can add special effects or layers of color effects to the scene. Compositing allows you to create a smoother, more realistic look to a video or image. Using compositing software can help you to retime sequences and add color correction to the shot.

Many 3D animation scenes are rendered in multiple render passes. These passes are then combined and forwarded to the final render. Each of these passes is color corrected and tweaked.

Whether you're creating a new product, a live action film, or a promotional poster, 3d rendering can help you produce a high quality 2D image. The process consists of three steps: model, render, and composite. Modeling is the process of creating a three-dimensional object using flat geometric shapes connected by polygons. This is an essential step in bringing ideas to life. The model may be a physical object or a digital model. The rendering process uses computer software applications to create a 3D image based on the model.

Rendering 3d animation is similar to 3D modelling in that it involves setting up a scene, creating render passes, and assembling them into a final image. This process can be both technical and artistic, depending on the project.